Fujifilm X100V, the fifth edition of the compact with the APS-C matrix

Fujifilm X100V is another version of a compact camera so different from the rest of the market. It has an APS-C matrix and a prime lens, it also films in 4K and has great autofocus.

We expect certain features from compact cameras – even if they have long lenses. We also know that at the expense of the lens you often have to compromise in the form of a small matrix. Fujifilm X100V is another version of the compact that is heading in the opposite direction. It has a bright frame mounted and its heart is the APS-C matrix. It is mainly dedicated to street photography fans. What's new in the fifth generation of the model? There is quite a lot of it.

The heart of the camera is the X-Trans CMOS IV matrix of the APS-C size, which is unprecedented in compacts , supported by the quad-core X-Processor 4. These are at least very good parameters known from the higher models of the manufacturer. The camera in the extended mode will increase the sensitivity to the level of ISO 51 200, and the values of several thousand will not be scary thanks to the large matrix and the new image processor. 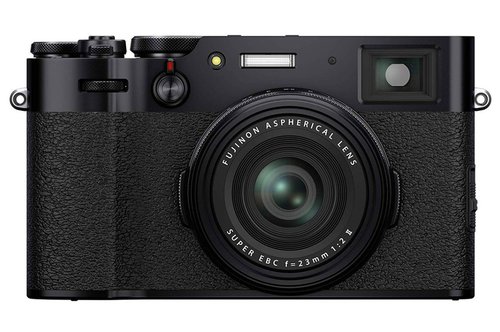 The producer also focused on speed. The camera in electronic shutter mode offers a continuous 11 fps mode. The speed increases to 20 fps in electronic shutter mode. Also new is the significantly improved autofocus, which is equipped with 425 phase detection points , and its operation is to be reliable even in -5 EV lighting. There is also the currently popular eye tracking function.


The viewfinder, screen and lens are also better

Outside, we will find several changes in appearance. The manufacturer has limited a small number of buttons. In turn, the screen gained touch, and its resolution is 1.62 million points. In addition, the screen allows tilting, although probably not 180 degrees. 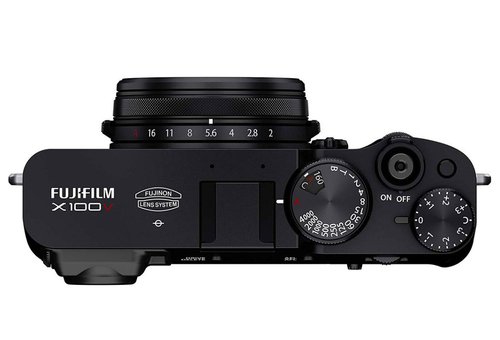 The viewfinder offers quality at the level of good mirrorless cameras – its resolution is 3.69 million points. It is worth adding, however, that it is a hybrid viewfinder – so we can switch between the electronic viewfinder and the classic viewfinder. The housing has been sealed and the increased battery life is expected to allow 420 photos to be taken on one flash. The camera also has a hot shoe and allows you to attach a flash. 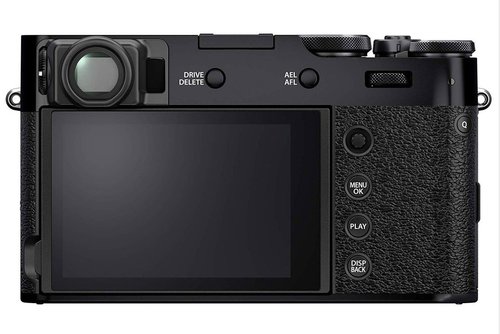 The lens is still 23 mm long glass (35 mm when cut to FF) with f / 2 light. Ideal parameters for street photography. The glass has an additional aspherical lens, it also also offers the function of an electronic ND filter, which will prove useful on sunny days.


The movie mode is positively surprising

Only a few years ago I had the impression that Fuji completely ignores the camera's movie functions. However, for some time the manufacturer began to approach the topic more seriously. In Fujifilm X100V we have confirmation of this. The camera has a 4K 30p movie mode with 200 Mbps bitrate and slow-motion Full HD 120p. However, this is becoming standard today. It is more important that the camera did not lack the F-Log profile and the possibility of releasing uncompressed 10-rivet material with 4: 2: 2 sampling via HDMI . In addition, the camera has a 2.5 mm microphone input and the ability to connect headphones through a USB Type-C adapter.