Nikon D6 is a solid competitor for mirrorless cameras

Nikon D6 is one of the most advanced SLRs on the market. Fast autofocus, 4K movie mode, improved wireless connectivity and two CFexpress card slots. These are just some of the features of the camera that is not afraid of any competition.

Premieres of SLRs are taking place less and less, so if something new appears, it would be good if it was a SLR camera, which will be loud. The Nikon D6 just presented has all the features that will allow it to compete effectively with SLRs, including Sony A9 II.

It should not come as a surprise that the most important new feature of the Nikon D6 is its autofocus. This is one of the most advanced systems we can find in the SLR camera. It has 105 cross fields , which we can choose freely. The AF will also work in low light of -4.5 EV for the center point and -4 for the rest of the frame. 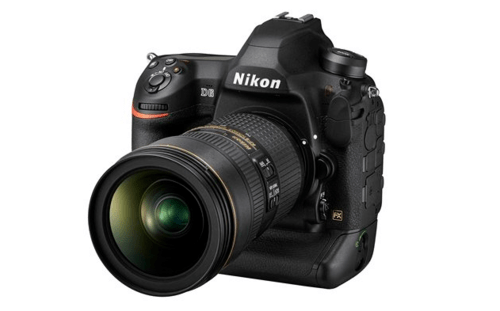 The producer mentions that the autofocus is equipped with many new functions that allow you to set it according to your preferences. It is also one of the first SLRs offering the Eye AF function. Let's add that the camera is to provide full support in continuous mode for 10.5 fps continuous shots, and in single mode for 14 fps shots. The camera ergonomics has been slightly improved, and the camera offers as many as 14 buttons on the housing, which can be assigned dozens of different functions. An interesting novelty is the ability to save JPEG files simultaneously in two resolutions – smaller, for fast sending via the network, and larger, for later processing.


Matrix for work in the dark

Full frame CMOS sensor with a resolution of 20.8 million pixels, supported by the EXPEED 6 processor is to provide not only top image quality, but also above-average sensitivity results. In the basic mode, the camera will increase the sensitivity to ISO 102400 , and the extended to ISO 3280000. So we hope that next to autofocus it is high sensitivity will be another strong point of the new model. 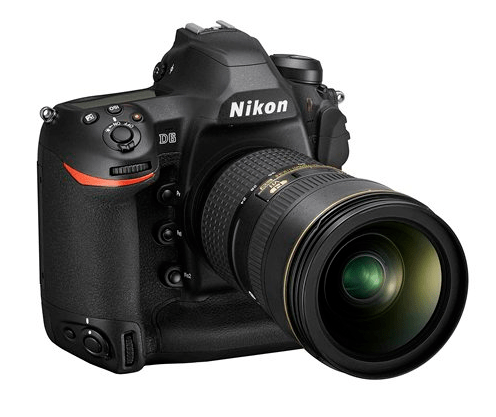 Communications are a key issue for professional photographers. The camera is equipped with a LAN connector, which is to work by 15 percent. faster than its predecessor, as well as WiFi with support for the latest ac standard. Two card slots allow the use of XQD and CFexpress cards – the fastest ones currently available. They enable high-speed read, write and transfer speeds. The solid body will withstand work in all conditions. In addition, the D6 has a Kensington lock slot. The 3.2-inch display is also equipped with touch.


Nikon D6 rather not for filming

It can be assumed that the Nikon D6 is positioned similarly to the Sony A9 II mentioned at the beginning, therefore it is not dedicated to filmmakers. It offers filming in 4K UHD mode, but the manufacturer does not provide the exact frame, nor does it mention film profiles and recording clips in RAW. Photographic possibilities and improved communication were decided on, i.e. key features for photographers, especially those photographing sport. The housing has also been strengthened and sealed, and the D6 has a Kensington lock slot.

The Nikon D6 SLR will appear on store shelves in April. The camera was valued at 6.5 thousand dollars per body. For now, it's difficult to find a reasonable competitor among SLRs. In turn, looking at the mirrorless cameras, the first comes to mind Sony A9 II, which along with this model can solicit the attention of sports photographers.