Photographer broke her knee at the wedding. I want 577,000 dollars

Compensation for an accident at work? This photographer has a lot of requirements. He wants to get over 500,000 for his fall and a broken knee. dollars. What does the Young Couple say?

Accidents happen to people. However, those at work hurt the most. The profession of a wedding photographer is not only creative, but also physical work. All day on my feet, carrying heavy equipment in 30-degree heat, constant rush … No wonder that a moment of inattention and it's easy to get an accident. This happened to an Australian photographer who stumbled and broke his knee. Now I want 577 thousand. dollars in compensation.

Australian photographer Bernadette Draffin in 2017 during a wedding tripped on a ribbon that falls off the chair of one of the guests. As a result of the fall, she broke her knee in 4 places. The result was surgery and then months of rehabilitation. This meant that she could not work normally, and she was exposed to considerable losses. Bernadette is now claiming damages. She would like to get a trifle, 577,000 dollars. Fortunately, this amount was not demanded from the Bride and Groom, but from the companies that worked at the wedding, so the place organizing the wedding and the company responsible for the decorations. According to her, the wedding organizer bears responsibility for not removing the ribbons that had fallen off the chair, and the decorating company for failing to tie them properly. 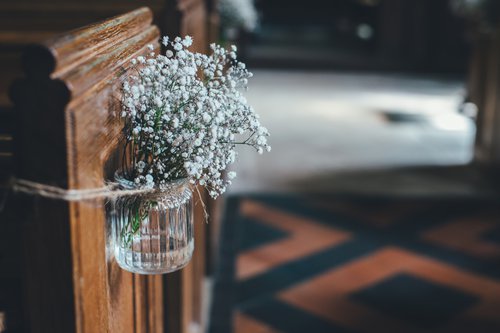 Why such a large sum?

As you know, accidents happen. But where did the claim for over half a million dollars come from? Well, the photographer believes that because of the accident she is unable to work normally. She can work on a maximum of one job per week, and in addition must employ an assistant who helps her move around the job site – she must pay at least $ 1,500. The compensation includes the amount that Bernadette has already lost and potential losses in subsequent years. As you know, in our yard you can count on at most compensation from the insurer, in the order of several hundred or maximum several thousand zlotys. What is the situation in Australia? We don't know that yet. The fact is, however, that expectations may seem a bit excessive, as well as the cost of the assistant herself – $ 1,500 for a wedding. So we are waiting for developments. Is it possible for the photographer to receive such large compensation? Probably not. On the other hand, if in the US a mother is suing Disneyland for $ 50 million for having her child see the face of an actor dressed up as Mickey Mouse, then everything can happen …;) Source