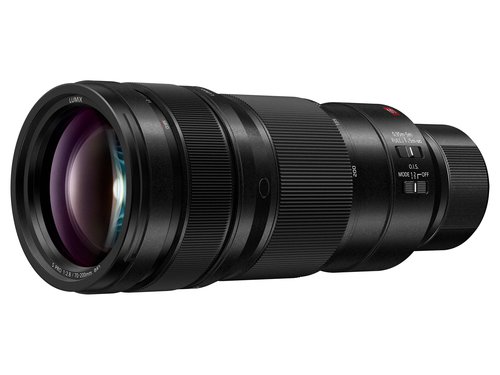 A dual magnetic linear motor was used in the autofocus control mechanism. Despite its small size, it is characterized by high power, which allows to obtain the maximum speed of the 480 fps matrix drive. The lens will work well when shooting because the "breathing" effect has been eliminated. The design has been strengthened and sealed against splashes and dust, and the lens itself can work at 10-degree frosts. The diameter of the filter with 9 blades forming a round aperture is 77 mm.

The manufacturer's offer could also include a telephoto lens with the most popular focal range. The optical system consisting of 22 elements in 17 groups uses 2 UAD (ultra-low dispersion) and 3 ED (very low dispersion) lenses and optimal synchronization, which effectively eliminates axial chromatic aberration and chromatic aberration when enlarged. The aspherical lens also eliminates astigmatism, resulting in excellent image resolution. The double sharpening system eliminates aberration fluctuations even at a small distance, which translates into high detail image from the center to the corners in the whole focal range despite the large aperture. 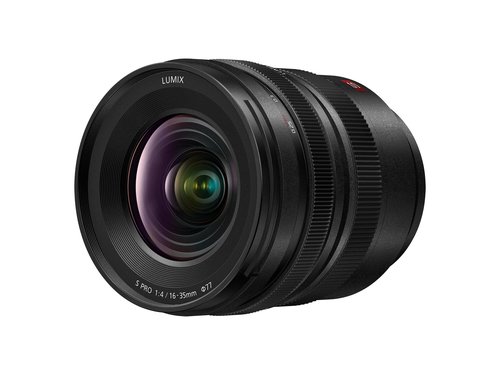 The lens itself offers a focal length from 70 to 200 mm, but the use of a teleconverter allows it to be extended to a maximum of 280 mm (1.4 x with DMW-STC14) or even to 400 mm (2 x with DMW-STC20) corresponding to a powerful telephoto lens, with focus control with a maximum speed of 480 fps and high precision autofocus. Optical image stabilization (OIS) in the lens works with the image stabilization system in the camera body, and 5-axis double image stabilization of the 2nd generation allows you to extend the exposure time by: 7.0 EV. Also this model has been strengthened and sealed, it can also work in 10-degree frosts. The diameter of the filter with 11 blades forming a round aperture is 82 mm.

We will have to wait a little longer for official prices and information on availability. For now, the manufacturer has not disclosed them.