Remote camera control? Canon has a patent for this

Theoretically, remote control offers most of the new cameras, because via WiFi and smartphone application you can take a picture and set its parameters beforehand. Canon, however, is working on a more advanced system. Thanks to a special device you will be able to change camera position .

The announced technology is to facilitate the work of professional photographers (including press or sports) whose specificity of work often requires the use of several cameras at the same time. The solution, which is currently in development, uses a central control system, where the camera's optical axis is perpendicular to the axis of rotation of the device, giving an impression similar to traditional shooting methods. 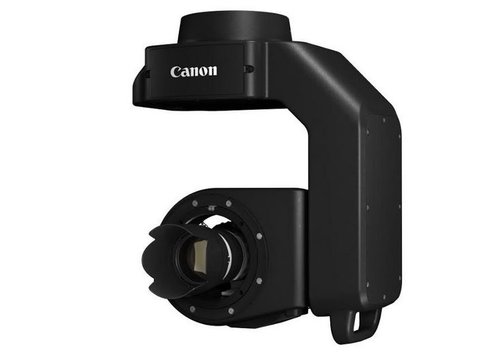 In conjunction with the Remote Camera application, the new solution will allow you to control multiple Pan-Tilt systems from just one computer . As a result, the photographer will be able to independently operate several cameras, and thus take more photos – which will be especially useful for example during large sporting events. The Pan-Tilt system also allows shooting at various hard-to-reach angles, creating additional opportunities to capture still frames that could not be previously recorded by traditional methods. Canon is still developing the Pan-Tilt system for a wider range of production applications, including work on photo sets (stills from television and film productions), as well as for applications in the e-commerce or product photography industry.