The new Canon EOS R with an 83 Mpix matrix

The new full-frame Canon EOS R mirrorless camera can have a matrix of 83 megapixels. What else will this model offer?

The Canon EOS R series, which are full-frame bezkluterowych, two models so far. The more expensive Canon EOS R, which has not revolutionized the market, and the cheaper Canon EOS RP, whose price is its strength. According to techradar.com , we will soon be looking forward to a new model from this series , which will offer a high resolution matrix. 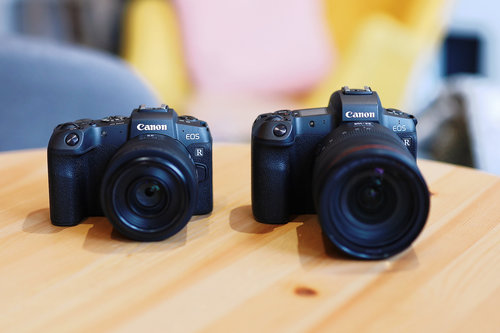 The new EOS RP with a high resolution matrix

According to the portal, which cites sources from Canon Rumors, the new camera from the EOS R series already exists physically . According to information, the new model will be slightly larger than the previous ones, it will also have a larger LCD screen. It will also have a new joystick design, although we don't know what it would mean at the moment. The most important information, however, is that the new model would have a higher resolution, which can be as much as 83 megapixels , which would definitely make the camera stand out on the market. Some sources say that the new camera, which will be called Canon EOS RS, may have its premiere in mid-2020. So we look forward to more details and confirmation of the rumors.