The best camera for filming? Panasonic Lumix S1H full-frame mirrorless lens can be hailed as such. As the first full frame mirrorless filming in 6K and also provides 10-bit recording in 4K 60p and offers Dual Native ISO. It's not bad!

We recently wrote about the release of the Blackmagic Pocket Cinema Camera 6K, offering an APS-C matrix and 6K resolution. I wrote then that this model beats the majority of filming cameras available on the market. And now the long-announced Panasonic Lumix S1H appeared on it and – in short – sweeped.

Panasonic Lumix S1H is the best camera for filming

Where would you start here? Probably from a full-frame 35 mm CMOS sensor with 24.2 Mpix resolution , which, despite the current fashion, has not been deprived of the low-pass filter. The matrix is supported by the Venus Engine processor and offers a maximum ISO of 51 200. However, this is not a classic ISO, but Dual Native ISO, used in professional cameras. This technology uses a process that allows you to read data from the matrix in a completely different way, extracting more information without compromising image quality. The result is a camera that can switch from standard sensitivity to high without increasing noise levels and other artifacts. For a matrix with one native ISO sensitivity, noise usually increases as sensitivity increases. 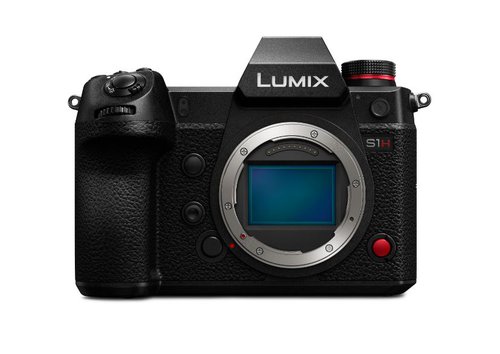 In the S1H model with Dual Native technology, however, the matrix minimizes interference, which is possible by selecting the appropriate system for a given sensitivity before starting data processing. As a result, the user can record movies at the maximum ISO 51200 sensitivity. The new camera will offer unprecedented resolutions for movies. The camera records the image in 6K 24p with an aspect ratio of 3: 2 and 5.9K 30p for 16: 9 resolution. It is also the world's first full-frame digital camera system with interchangeable optics with 10-bit 60p 4K / C4K HEVC video filming using an image area equivalent to Super 35mm. 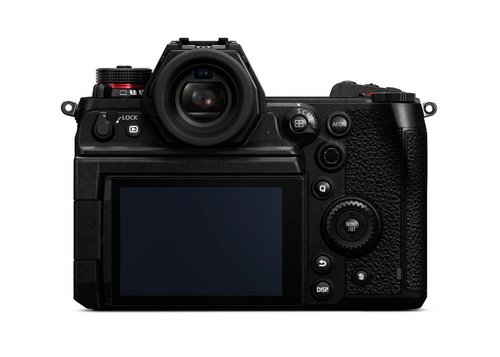 LUMIX S1H offers a tonal range of 14+ EV , which practically corresponds to the parameters of cinema cameras and it is a better result than the mentioned BMPCC 6K, which offers a 13-degree range. The new camera also allows you to register in the V-Log / V-Gamut mode providing a wide range of tonal range and a wide range of colors – we can count on the fact that we will not have to pay extra for the V-Log.

Video recording with a wide dynamic range (HDR) of the image allows you to get an image with faithful color reproduction in both light and dark parts, which makes it approach how the frame perceives human sight. The camera records movies using a gamma curve that is compliant with ITU-R BT.2100 standard, and the user can use the Hybrid Log Gamma (HLG) function in Photo Style. LUMIX S1H allows you to send video data in a 10-bit 4: 2: 2 4K 60p / 50p format via an HDMI cable. The device supports many image recording modes, including anamorphic 4: 3 mode, meeting the needs of professional users. 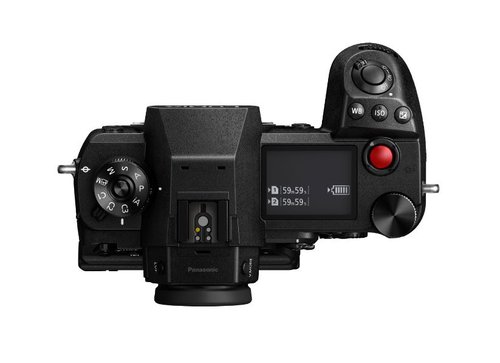 Recording with a variable frame rate (VFR, Variable Frame Rate) allows you to record slow-motion or accelerated videos in C4K / 4K resolution (60 fps, maximum 2.5 times slower in 24p) and Full HD (180 fps, up to 7.5 times free in 24p). The minimum frame rate for an accelerated movie is 2. In addition, HFR video (high frame rate) can be recorded with audio even when using autofocus. The camera also has 5-axis stabilization, which is rather rare for movie cameras. The manufacturer assesses its strength at as much as 6 EV, and when combined with matrix stabilization with that available in the lenses, the force increases to 6.5 EV.

The camera has two slots for SD memory cards and its battery has a capacity of up to 3050 mAh , which should ensure long operation. There was also a fast USB 3.1 type C input, which also allows you to charge the camera as well as the HDMI input. Bluetooth 4.2 and WiFi, in turn, are responsible for wireless communication with support for the latest ac standard. In turn, the rear display of the camera not only offer higher than average resolution and size – 2.33 million dots and 3.2 inches – but also by 150% higher luminance than other manufacturer's advanced cameras. Real View Finder with the highest resolution in the world of 5.76 million points. The camera also has a well-known from Olympus models high resolution photo mode. The matrix is moved mechanically when taking a picture and records several frames, which are then combined. As a result, we can get a photo with a resolution of 96 megapixels. 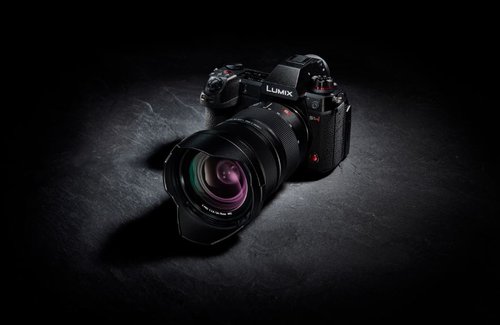 The producer also guarantees that he will finally be able to provide a fast enough autofocus system, whose operation time is to be 0.08 seconds. In addition to the additional features known from older models, such as 4K Photo and 6K Photo or Post Focus, we also get a completely new – HLG Photo. Thanks to it, it will be possible to take pictures with increased tonal dynamics, and the effects will be incomparably better than when using the normal HDR mode. 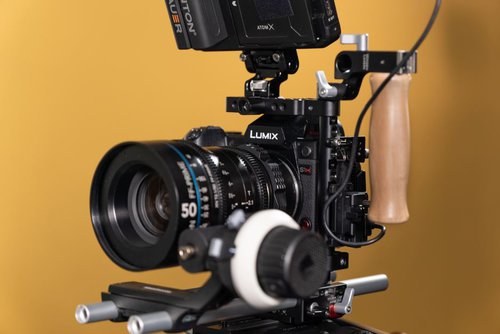 Reading about the above options, many of you may have dropped your jaw, but once you raise it from the floor, the question is: how much will it all cost? Well, it won't be cheap. The camera has been valued at around 4,000 dollars . This means that prices on the Polish market will be slightly below 20 thousand. zł. Is it really that much? The Lumix S1H camera can be considered in the category of a fully professional film camera, which can be successfully used on film sets to record professional productions. In this case, these 4 thousand dollars are really not much and this model may become a competition for many companies selling equipment to professionals. The model is expected to be available worldwide in October this year.