Panasonic Lumix S1H is coming. Is this a film revolution?

Panasonic Lumix S1 and S1R made their debut a few months ago, becoming a significant competition for the A7 series from Sony. Panasonic, however, did not rest on its laurels. The producer has just announced that the Panasonic Lumix S1H will be released soon. This full-frame bezlusterkowce will complete the current series of cameras with the letter "S" and is dedicated to filmmakers.

The new camera is to provide huge film possibilities that would not be ashamed of a professional camera. In 4K quality (also C4K) we will record image at 60fps and 10-bit depth. This is not the only novelty, because the camera will also be the first to offer 6K mode. 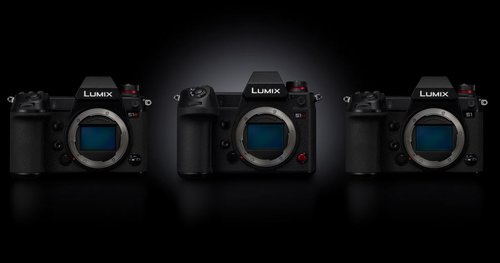 In 6K mode, we will record the image at 24 fps. Undoubtedly, the 6K mode will be a breakthrough, because for now it is in vain to look for it in cameras. There will also be the possibility of filming using the V-Log profile, which ensures image recording with dynamics exceeding 14 EV. Thus, it can be seen that the model will offer fully professional capabilities that were previously available only in film cameras.

Lumix S1H can become a revolutionary model also because of the price. It will offer the capabilities of professional film cameras, and at the same time its price seems very affordable. The camera was valued at 4,000 dollars, or just over 15 thousand. Golden. The camera will go on sale in the third quarter of this year, and we are waiting for more details.