What SSD for the photographer? Is it worth it to pay extra? What tasks does the disk meet in everyday work and why is it irreplaceable? We answer these questions in a short guide.

Photographer's work is associated primarily with the camera and taking a large number of photos. However, actually taking photographs is only the first step – then processing, storage and copying takes place. To efficiently perform all of these activities, you need to equip yourself with a fast and efficient drive. The best choice in this case is SSD.


SSD and their advantage over HDD

SSDs, or Solid State Drives, use semiconductor memory to store data. Thanks to this, they offer much higher performance, compared to traditional HDD media , where files are saved on magnetic discs. It brings many benefits, among which the most important is a several times higher performance – also in applications typical for the photographer's work. SSDs have become components, without which the vast majority of users can not imagine a modern computer or laptop. Interestingly, external SSDs have been available on the market for some time. They have the majority of the advantages of internal semiconductor media, adding some new benefits. Users have a choice of models with capacities from 128 GB to even 1 TB, in classic or reduced housings and such for special tasks – equipped with waterproof cases with IP68 certificate . 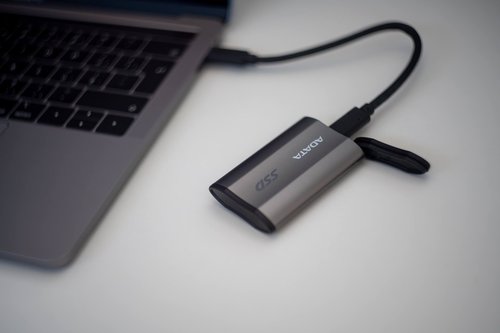 Prices of such disks are naturally a bit higher than HDD models, however the difference decreases quite quickly and in the near future the prices of both solutions may be equal . Internal SSD drives will prove themselves as system carriers in desktop computers and laptops, used for processing photos and graphics. They will speed up the running of the operating system and the work of installed applications. Portable models will be useful mainly in situations when it will be necessary to quickly copy a large amount of data and high security of saved files. Nearly four times higher SSD performance allows you to work on files directly from an external media – without having to copy them to the computer's memory.


The SSD drive speeds up the work

Turning to the specifics – the time of starting the system and Lightroom application (until the moment when you can already edit the picture) on the computer with HDD disk took 828 seconds. After installing the cheapest SATA SSD , this time was reduced to 298 seconds , while the most expensive available M.2 NVMe solid-state drive reached 75 seconds . Another test, i.e. a search of a large file catalog (from about 250 thousand photos), took 30 seconds using a HDD and 15 and 7 seconds respectively on the cheapest and most expensive SSD. As you can see, the difference in performance is huge. 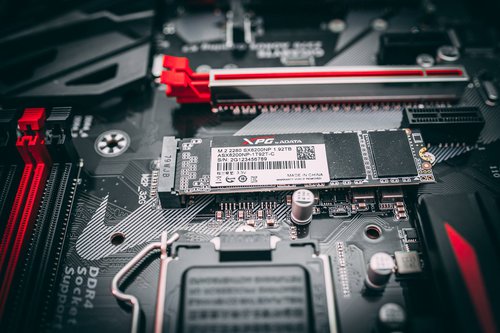 Lower weight and lower energy consumption are also important – this is especially important for mobile photographers without access to a permanent power source. The lack of moving parts means also greater security of the data stored on the disk and less risk of losing important files. For external SSDs, the advantage is their smaller size and the use of a robust housing in some models. This makes it possible to have them always with you and it does not hurt them accidentally spilling water or falling from the desk. 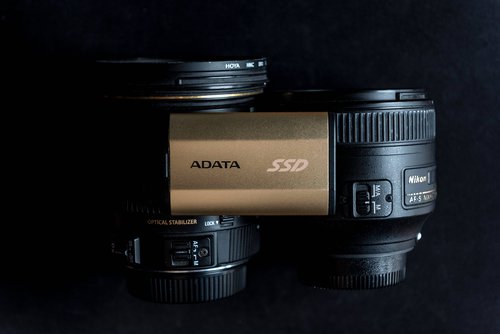 As you can see, SSD disks – both internal and external – can be considered as indispensable tools of a modern photographer's work. They enable efficient performance of everyday tasks and shorten the time of the most frequently performed operations up to 8 times . At the same time, they ensure higher security of data stored on them and are smaller and lighter than HDD disks. At present, the prices of internal semiconductor carriers are around PLN 440 for the 1TB SATA model and approximately PLN 750 for the M.2 1MB NVMe model . An external SSD with the same capacity is an expense of up to 650 PLN depending on the model.