Samyang XP 10 mm f / 3.5 is one of the eight new lenses announced by the manufacturer. The new model is the widest glass on the market for full frame.

Samyang XP is a new line of lenses, which is a response to the Art Sigma series and the Tokina Opera. In short, it is a premium class line, characterized by very high quality optics. The first lens of this series is Samyang XP 10 mm f / 3.5 . Ultra-wide angle with bright light, which is to ensure high sharpness on the full hole.

The new lens was designed to work with full frame cameras with matrices of the order of 50 Megapixels. It is to provide high image quality even at such a high resolution. The optical system of the presented model is impressive. It consists of 18 lenses arranged in 11 groups. 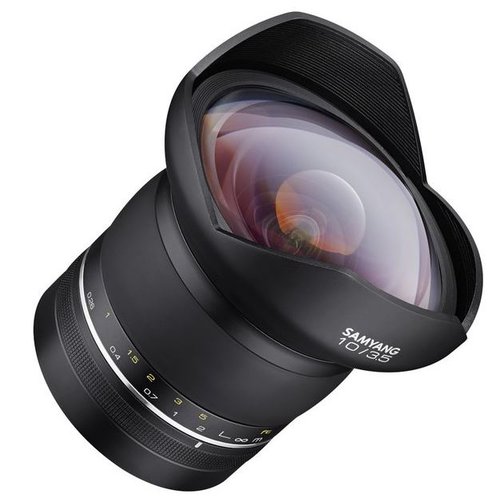 There are 7 special lenses used to maximize image quality. 3 of them are aspherical elements, 1 lens has a high refractive index and the last 3 elements are low dispersion lenses whose task is to reduce distortion and aberration. Among the lenses we find UMC coatings to eliminate light spots and flares. 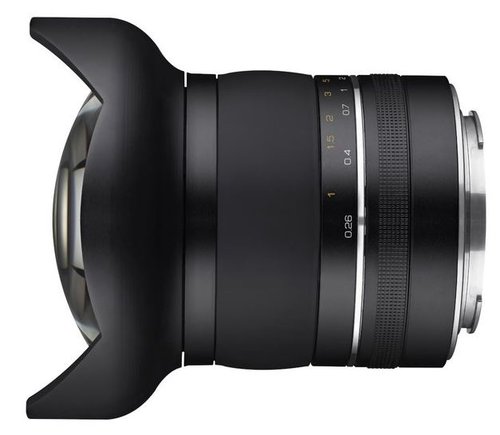 Mounting for Canon and Nikon

Samyang XP 10 mm f / 3.5 according to the manufacturer is supposed to be characterized by a reinforced structure ensuring reliability. The angle of view of the new lens is up to 130 degrees, and the manufacturer ensures that despite such parameters, the lens will guarantee sharpness over the entire frame. The following picture suggests that it will indeed be. 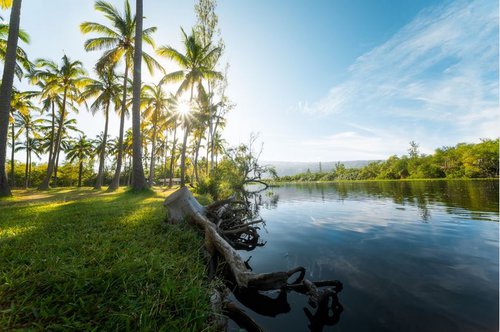 The manufacturer intends to release the mounting version for the Canon system, and the next one will be Nikon. We do not know yet whether the lens will appear in the future for Sony in the future, although we count on it.

The new Samyang XP 10 mm f / 3.5 lens will be available in spring this year, launching a new series that will ultimately include 8 glasses. The suggested glass price is PLN 4999. Thus, it can be seen that the producer, previously known from budget solutions, enters the premium segment.