Canon EOS RP has been officially presented. It's a low-priced mirrorless camera that does not weigh much and has a very fast autofocus. Is this a way to succeed?

We wrote about Canon EOS RP a few days ago. This camera is a cheaper and simpler Canon EOS R mirrorless version. The manufacturer has not yet shown a more advanced model than EOS R, which we are still waiting for. In return, we receive one of the cheapest mirrorless cameras with full frame, which can be found on the market.

The new camera is a slightly poorer version of EOS R. Let's start with the fact that it has a full frame sensor in CMOS technology with a resolution of 26 megapixels. Most importantly – the camera has the most important advantage of the more expensive version, which is ultra-fast and accurate autofocus in the Dual Pixel AF technology. It is equipped with 4779 phase detection points and a sensitivity of -5 EV. Autofocus offers continuous mode with eye tracking. 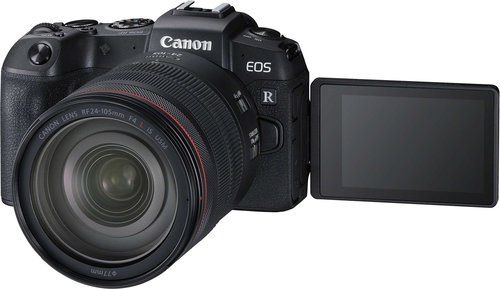 The ISO range is 100-102 400 in extended mode. The camera's operation is supported by a powerful DIGIC 8 processor. In the serial mode, we will do it only 5 fps or 4 fps with full AF support. We can do an unlimited number of RAWs and JPGs in the series for this. The change from the more expensive model is also the battery, which is smaller and allows you to take only 250 photos on one charge, which is a very average result.


Lightweight design and comfortable use

The whole body of the camera is similar to the one from the more expensive model. The difference is the lack of the top black and white screen, the AF touchbar and the Mode dial, instead of which the traditional mode dial comes back, which many will certainly be happy about. Screen with a resolution of 1,040 million. it is tilted to the side and supports the touch, while the resolution of the electronic viewfinder is 2.36 million. The housing has been sealed against dust and moisture. Thanks to the lighter battery and a few restrictions, the camera will be several dozen grams lighter than the more expensive model.

Since in the EOS RP model the film mode did not belong to the strongest parts of the camera, the cheaper EOS RP can only get worse. The camera gives you the possibility to film Full HD at 60 fps. It also offers a 4K 25p mode, but in its case we deal with a very large crop of 1.7x. There is no profile, C-Log, but for the external recorder we will record material with 4: 2: 2 sampling. 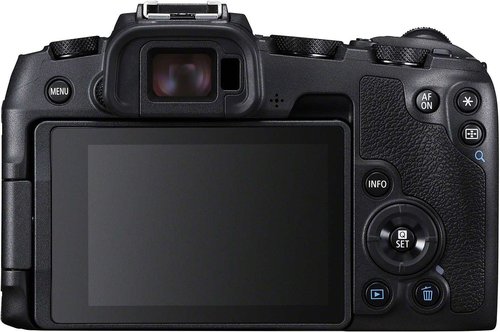 The camera has a microphone and headphone connector and the possibility of filming with semi-automatic modes. Big crops, the lack of sensible slow-motion and film profiles significantly limits the camera's capabilities. However, for basic applications, such as the shooting of vlogs, EOS RP should be enough. Its advantage over other models will be ISO, which can be raised to higher values without worrying about noise. The camera also offers wireless connectivity and an interval function that allows you to create timelaps, among other things. An interesting option is also the ability to charge the camera through the USB port C. 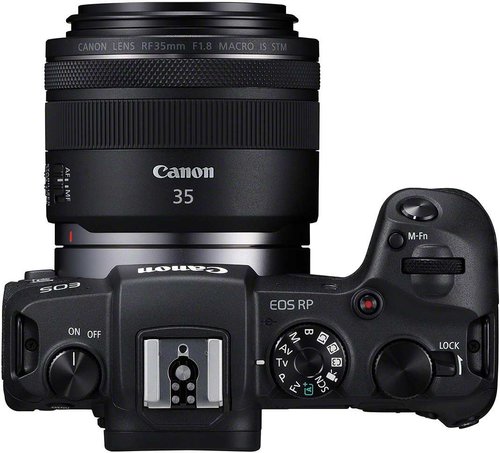 There is no doubt – Canon EOS RP is not innovative or exaggerated. But it has one basic advantage – it is a full frame mirrorless camera with great autofocus and costs just $ 1,400. This makes it one of the cheapest positions in the full-frame segment. And the price may turn out to be the biggest advantage of the camera. On the Polish market, the camera will cost about PLN 6600 in a set with an adapter for Canon's lenses. The low price of the new model can tempt many photographers who are still photographing with old producer SLRs. Switching to EOS R will be relatively inexpensive, and the capabilities of this camera will certainly be larger and therefore the camera certainly has a chance to be successful. Currently, only Sony mirrorless cameras are cheaper, which have been on the market for a few years now.