Canon EOS RP is another full-frame producer series. New model photos and its planned specification leaked into the network. It is interesting.

Canon EOS R debuted in September last year. This is the first full-frame mirrorless producer and at the same time the model that initiates the new series. Unfortunately, the camera can be accused of a few shortcomings. just leaked information about the new model – Canon EOS RP. A question will be asked right away? Will the manufacturer fill in the gaps that are the problem of Canon EOS R in this model? Well, no. As it turns out, the new model seems to be a simpler version of EOS R. Its specification looks similar, with a few exceptions.

The new camera would have a CMOS sensor with Dual Pixel CMOS AF technology, but its resolution should be 26.2 MPM, compared to 30.3 MP in EOS R. The matrix will be supported by the DIGIC 8 processor. The enclosure and the set of buttons are almost identical, with only a slight difference – EOS RP will not have a touch panel for setting the AF point.

In turn, the monochrome screen will be out of the top of the housing. Instead, there will be a mode dial, which I can not understand in the case of the EOS R model. It can be seen that the new camera loses two technical innovations. Perhaps the manufacturer decided that they are not very successful. In the case of other parameters, there are no major differences. The maximum ISO range is 102 400, 3-inch screen, high-quality electronic viewfinder, C-RAW support. Slower, however, is the serial mode – its speed is just 5 frames per second compared to 8 in the current model.

Looking at the above information, it's easy to come to the conclusion that Canon is preparing a less advanced version of the EOS R model. The camera will simply run out of several functions, but otherwise it will be similar to the mirrorless camera on the market. This means that it will be a full entry level frame. 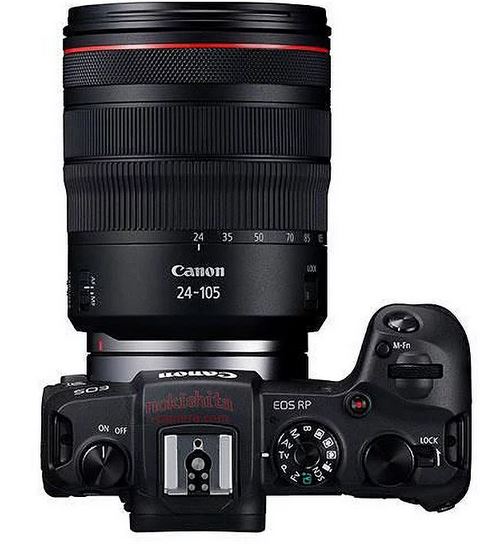 The most important question then is: how much will we pay for EOS RP? Currently, EOS R costs 10,000. PLN and it is not a very bargain price, looking after what the competition offers. EOS RP will certainly be cheaper. The question is how much cheaper. If it will cost less than 8,000 zlotys for many people can become an attractive proposition. Meanwhile, the producer is also planning a higher model than the EOS R , which will be equipped among others with a matrix with a resolution of over 100 megapixels and optical stabilization. Therefore, the full frame Canon series begins to grow.