Tamron presents another lens, which has a chance to gain considerable popularity. It's a universal zoom with bright light and a reasonable price.

Tamron made sure that the optician would meet the standards for high quality photos. The lens design was based on 15 lenses, which were placed in 10 groups . Among them there are 4 LD (Low Dispersion) lenses designed to eliminate chromatic aberration. In addition, we also have two GM (Glass Molded Aspherical) lenses , whose task is to provide an image free from distortion, which in the case of wide-angle lenses can often happen. There were also anti-reflective coatings. These, in turn, are supposed to compensate for all flares and blicks resulting from light falling into the lens. 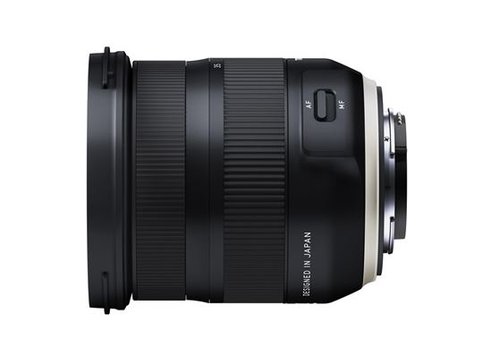 The circular aperture is equipped with 7 leaflets , and the producer ensures that it is to guarantee a nice, round bokeh even in the case of a wide angle.

In the case of automatic focusing, the lens uses an OSD (Optimized Silent Drive) engine , which makes its operation practically inaudible. This is very important nowadays, when more often we use autofocus lenses when filming. The fact that the lens works quietly will not affect the speed and accuracy to be at the highest level. The lens housing itself has been sealed and is designed to resist splashes and dust. In turn, the front lens is covered with fluoride, making it less susceptible to dirt.

Tamron 17-35 mm f / 2.8-4 Di OSD will be available for several fastening systems. The version with Nikon mount will go on sale in September. The lens with the Canon mount will appear in stores at the end of this year. It is not known yet whether the producer will opt for a Sony version. If this happened, the Sony E system would gain interesting glass at a relatively low price. We will pay less than $ 600 for the lens, which is approximately PLN 2,300.