The new wide angle for the Sony FE system is a bright lens equipped with an autofocus system, it is also characterized by advanced optics.

A similar lens is already in Tokina's offer, but this one has been equipped with the AF system . This solution is currently applicable not only in photography, but also in the film. Cameras in the film mode can boast a really nice automatic sharpening, and the wide angle with AF significantly facilitates the work especially when using gimbala or steadycam. 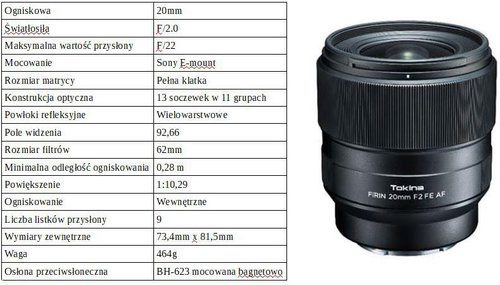 The new version of the lens has exactly the same optical scheme, consisting of 13 elements in 11 optical groups . In its construction, three low dispersion lenses and two aspherical elements were used. Thanks to this, the possibility of aberration has been minimized, and the picture is practically devoid of distortion. The AF drive system is based on an annular ultrasonic motor. Such a solution is ensured by full cooperation with cameras equipped with a Sony E bayonet. The new engine is to provide fast and almost silent sharpening, which is especially important during filming. It also allows you to work in manual mode with the focusing assistance function. 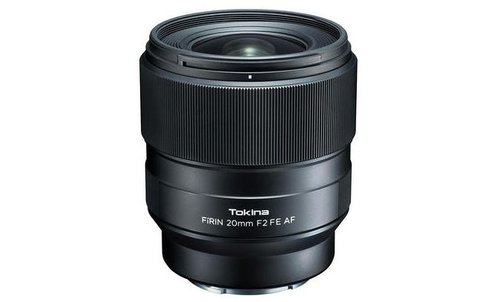 The lens has been equipped with a microprocessor allowing for transferring to the device the data needed for full cooperation, also in the field of ambient and flash measurements, parameter correction, vignetting and the image stabilization system embedded in the Sony E system cameras.

The new Tokina will certainly be popular not only among photographers, because more and more filmmakers are looking for bright lenses with a wide angle and equipped with an AF system. New Tokina on store shelves will hit in May this year . For now, however, we did not recognize her price.